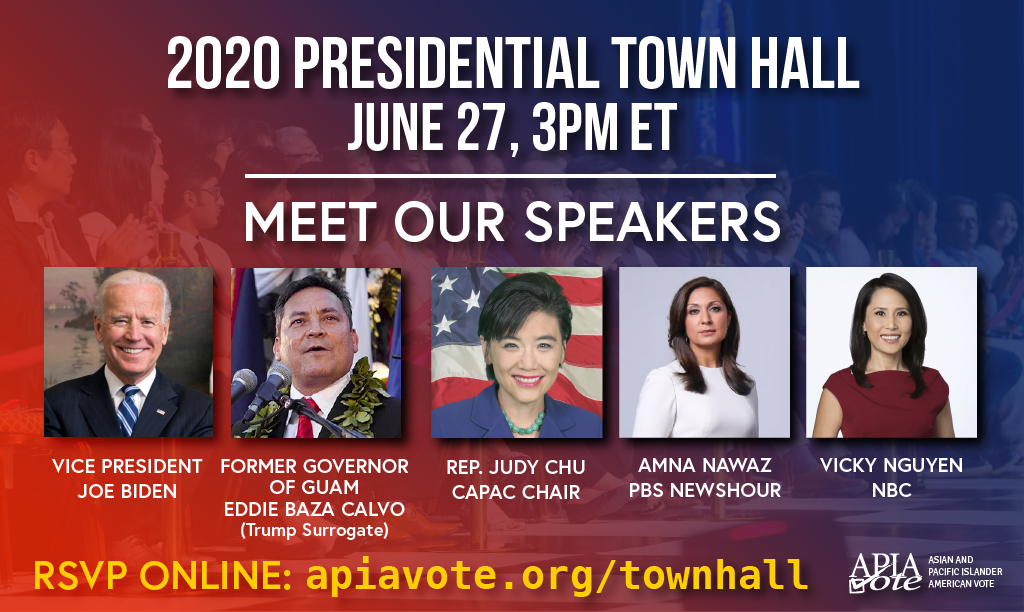 In presidential battleground states and in state and local races across the country, AANHPI voters are poised to play a pivotal role in the 2020 elections. Asian Americans are the fastest-growing racial or ethnic population in the country, with the electorate expected to double between 2015 and 2040, from 5.9 million eligible voters to 12.2 million. The town hall is co-produced by the Center for Asian American Media (CAAM) and is organized by Asian and Pacific Islander American Vote (APIAVote), a nonpartisan voter mobilization organization, and is the keystone event of APIAVote’s annual National AAPI Leadership Summit. It is the fourth presidential town hall the group has hosted and provides a rare opportunity for candidates to speak directly to the AANHPI community about the issues that impact them.

WHERE: The town hall will be streamed online. Link and details will be sent after registering at this link https://apia.vote/thpress.
# # #