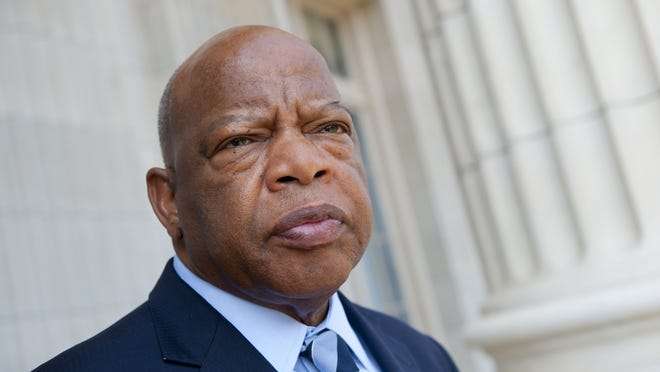 We are saddened by the recent passing of Representative John Lewis. A civil rights icon and an ardent leader, Rep. John Lewis was a passionate supporter of protecting our right to vote.

“My dear friends: Your vote is precious, almost sacred. It is the most powerful nonviolent tool we have to create a more perfect union.” He once said in a speech in Charlotte, North Caroline back in 2012. He worked to protect the vote for everyone and was an advocate for Black and minority communities across the nation. He was, and will continue to be, an inspiration to the AAPI community as we work towards an equitable and inclusive America.

We will miss his lifelong passion for justice and we will strive to keep his legacy alive by continuing to fight for a fair and equal vote.

In honor of Representative John Lewis’s lifelong fight to protect the vote, this week we are highlighting the Voting Rights Act and why it is so important in maintaining a free and equal democracy.

What is the Voting Rights Act?

The Voting Rights Act (VRA) was originally passed in 1965 to ensure that American citizens are not denied the right to vote based on their race, color, or membership in a minority language group by state or local governments.

In 2013, The Supreme Court invalidated Section 4 of the VRA in Shelby County v. Holder which determines which states and localities are deemed to have a history of discrimination and therefore must obtain approval before changing any voting rules for that district. This rule of acquiring approval prior to changing voting rules is known as “preclearance” and is covered under Section 5 of the VRA.

This means that because Section 4–which determines which states and localities must abide by Section 5–has been invalidated by the Supreme Court, Congress must pass a new rule to determine which states and localities would need to have “preclearance.” With Section 4 eliminated, many states that were previously subject to Section 5 are no longer restrained by “preclearance.”

Why is it important?

This means that many states with a history of discrimination at the polls are now ushering in new attempts to restrict voting rights.

There have been high profile cases of voter suppression in states like Georgia and attempts by Congress to restore the Voting Rights Act. We must guarantee equal access to polls regardless of race, socioeconomic status or culture and we must expand language access so everyone is able to vote.

How do I learn more?

We parse out Section 203 of the Voting Rights Act here, which highlights your right to have an interpreter at the polls and lists areas that are required to provide in-language materials at the polls.

To make sure you are registered or learn more about your state, visit our state election information pages here and click on a state to learn more.