Including new videos in different Asian languages and updates from the U.S. Census Bureau.

In light of the COVID-19 outbreak, several updates have been made regarding the U.S. Census. Here are a few things to know:

With college students home with their parents instead of on or near campus on April 1st, who should count them? According to the U.S. Census Bureau, students who have left town due to school closures should still be counted at their college or university residences. Students who live off-campus should count themselves at the residence they live in that is closest to the university (i.e. an apartment complex, condo, or a house etc.) and coordinate with their roommates to make sure you are counted there. College students will be counted through group quarters, as will nursing homes, group homes, halfway houses, and prisons.

In an effort to maintain social distancing, The Bureau’s Mobile Questionnaire Assistance program will begin April 13th instead of March 30th as planned. In addition, the Bureau will also delay their Early Nonresponse Followup operation, which is the Census Bureau’s efforts to follow up with households that have not replied to the Census by April 1st–including in-person assistance by an official Census enumerator. This will be delayed from April 9th to April 23rd. 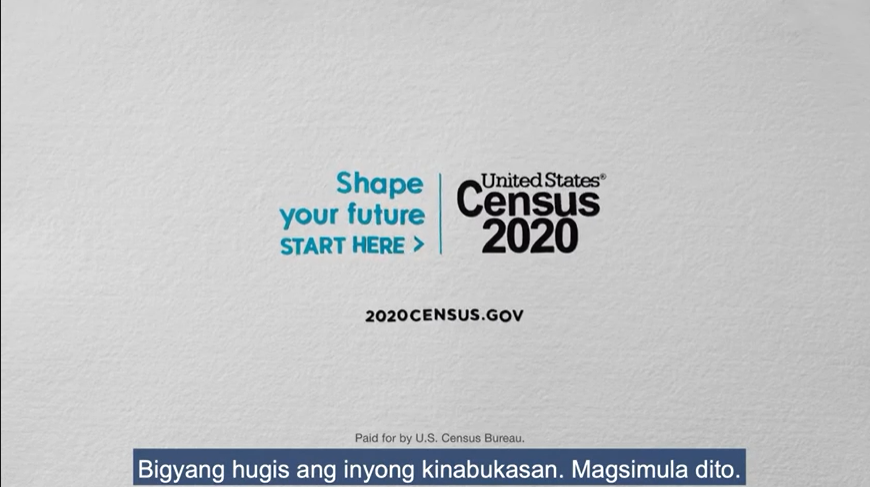 The videos, which tackle “How to Take the Census” and “What is the Census”  have been translated into Mandarin, Cantonese, Korean, Japanese, Vietnamese, Hmong, Lao, Thai, Khmer, Punjabi, Hindi, Urdu, Gujarati, Nepali, Telugu, Tagalog, Burmese, and Bengali. For the full playlist of videos, click here.