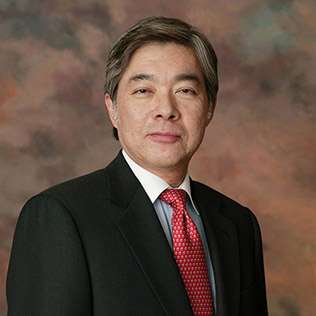 Member of the President’s Leadership Council of The Asia Foundation

Glen S. Fukushima currently serves as Director of the Securities Investor Protection Corporation (SPIC), after having received his confirmation by the United States Senate on April 6, 2022.

Fukushima is also a senior fellow at the Center for American Progress, a Washington, D.C. think tank. From 1990 to 2012, he was a senior executive based in Asia with one European and four American multinational corporations and was elected president of the American Chamber of Commerce in Japan. From 1985 to 1990, he served in Washington, D.C. as director for Japanese Affairs (1985-1988) and deputy assistant United States trade representative for Japan and China (1988-1990) at the Office of the United States Trade Representative, Executive Office of the President.

Fukushima has served on numerous corporate boards and government advisory councils in the United States, Europe, and Japan. He is a member of the Council on Foreign Relations and serves on the Global Council of the Asia Society. His publications include The Politics of U.S.-Japan Economic Friction, awarded the 9th Masayoshi Ohira Memorial Prize in 1993.

Back to Board of Directors